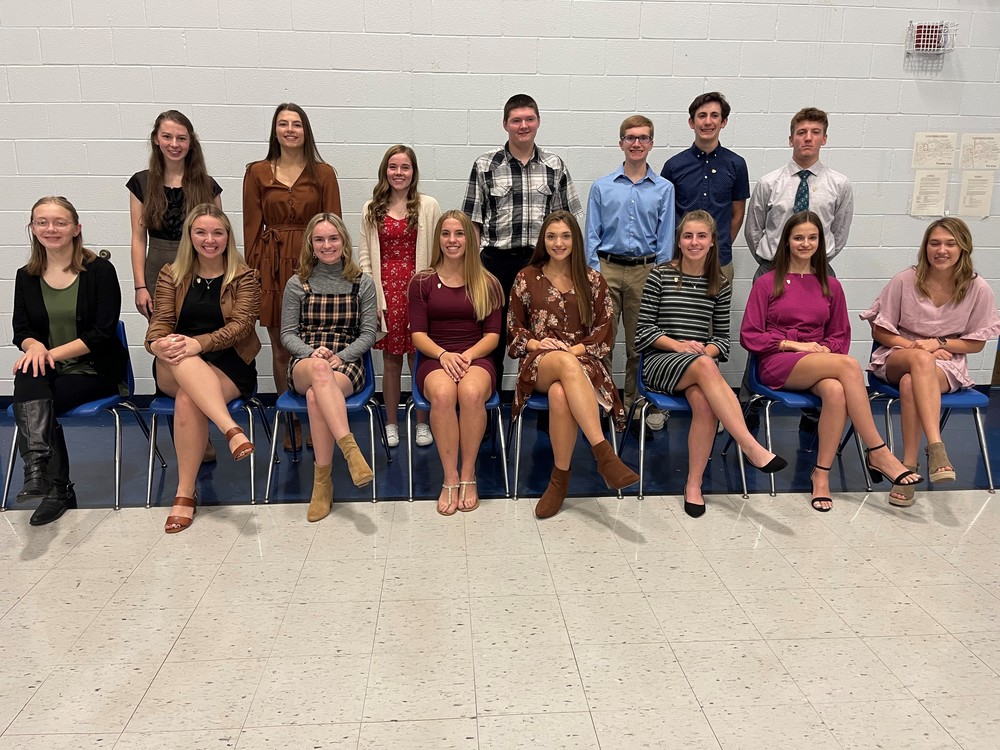 The Noosphere Chapter of the National Honor Society welcomed 12 members on Wednesday evening, November 10. Three active NHS members conducted the ceremony, with one serving as mistress of ceremonies and two handing out pins, certificates, and reading the four principles of the organization. The 12 inductees demonstrated excellence in character, scholarship, leadership and service. New members include the following:

The Noosphere Chapter of the National Honor Society was established in 1960. Since then, 1,025 students have been inducted into the chapter, including the 12 for the 2021-2022 school year. That number represents 15% of graduating seniors since 1960.